A brief history of email

What started as an interoffice alternative for messaging back in the late 60's has evolved into what we know today as electronic mail (email).

Although now it is pretty much available to anyone, anywhere and most of the time for free, it was initially meant as a business tool. It was not until 1988 that the first commercial mail product was launched (Microsoft Mail, anyone?), which basically created the perfect opportunity for businesses to communicate with bigger audiences--- their customers. Messages which took weeks, sometimes months to arrive with traditional mail now took seconds to reach the recipient’s inbox. This is precisely why email has become much more popular than “snail mail” with newer generations: because it serves a similar purpose but it is faster, less expensive, portable, and available 24/7.

Despite how popular email has become, it has a lot of competition. Since its invention back in the ’70s, electronic mail has evolved constantly and it has opened the doors for different channels of communication such as text messages, chats, social media, video streaming, apps, video calls, and others. While those channels introduced new ways to communicate and interact with friends and family, they have not been able to fully replace email. Email has qualities that make it unique and we’ve become dependent on the versatility and official capacity that email fulfills.

Also, customers have chosen email as their preferred method of contact by brands as 60% of respondents to Adobe’s Consumer Email Survey Report 2017 have indicated it, while only 5% of respondents to the survey approved social media channels as a method of contact by their preferred brands. All of this goes to show that while social media is quite popular for “informal” interactions, it is not as versatile and trustworthy as email.

Email can also be inspiring!

Yes, email can serve many purposes and as we have mentioned in a previous blog post, when it comes to email, it’s all about the message - what you say and how you say it. Just take as an example "Friday Forward", which is simply a weekly newsletter created by Acceleration Partners’ Robert Glazer to inspire his employees. Robert's objective with this newsletter was to create content that people can enjoy, relate to and get inspiration from. How successful is that newsletter? It reaches more than 9,000 people and it’s not unusual for Robert to get a lot of thank you messages because of it (over 50 thank you’s recorded after a recent send). Ultimately, what makes people look forward to their “Friday Forward” is that the content is always different, honest and uplifting - which are things that his readership anticipates.

Email is here to stay

History of email has changed and adapted to what we know and use nowadays, with thousands of email providers and several apps and/or ways to view our inboxes. In addition, with the help of emerging technologies and social media, email has grown and will continue to evolve rapidly. Furthermore, as email has become one of the core elements of “today’s internet”, we just can’t wait to see how email will continue to change the way we communicate and consume our media. 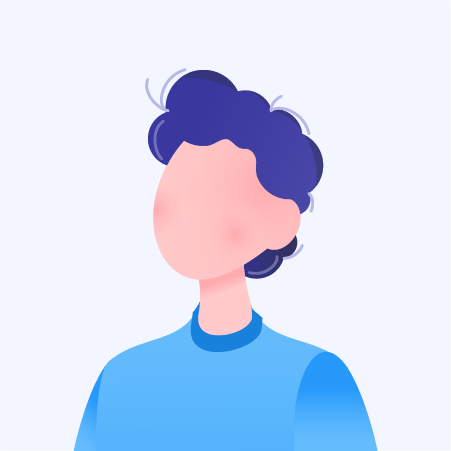 Are you still making these 5 email marketing mistakes?

Tens of thousands of companies around the world already send their emails with Elastic Email. Join them and discover your own email superpowers.

No credit card required
🍪 Cookie Preferences
Elastic Email uses cookies to determine your access privileges on our website, to complete and support a current activity and to track website usage to provide you with the best experience possible. By continuing to use our site, you agree to our Cookie Policy. Read more
Accept All Customize Use Necessary Only
Manage consent

This website uses cookies to improve your experience while you navigate through the website. Out of these cookies, the cookies that are categorized as necessary are stored on your browser as they are essential for the working of basic functionalities of the website. We also use third-party cookies that help us analyze and understand how you use this website. These cookies will be stored in your browser only with your consent. You also have the option to opt-out of these cookies. But opting out of some of these cookies may have an effect on your browsing experience.
Necessary Always Enabled
Necessary cookies are absolutely essential for the website to function properly. These cookies ensure basic functionalities and security features of the website, anonymously.
Functional
Functional cookies help to perform certain functionalities like sharing the content of the website on social media platforms, collect feedbacks, and other third-party features.
Performance
Performance cookies are used to understand and analyze the key performance indexes of the website which helps in delivering a better user experience for the visitors.
Tracking
Tracking cookies are used to understand how visitors interact with the website. These cookies help provide information on metrics the number of visitors, bounce rate, traffic source, etc.
Others
Other uncategorized cookies are those that are being analyzed and have not been classified into a category as yet.
Marketing
Marketing cookies are used to provide visitors with relevant ads and marketing campaigns. These cookies track visitors across websites and collect information to provide customized ads.
Save & Accept
Powered by