Who invented an email? – a brief history

In earlier times, communicating with someone who was far away was considered a difficult and long task. Letters took days, sometimes even months to arrive, so the important work that was to be done was usually delayed.

With the arrival of postal services, things got a bit better but then came Email - Electronic Mail. It shortened the communication time to almost nothing. You could write a mail, send it to another person's Email address, and they could read it instantaneously. There was no longer any need to wait for days for months for that person to read your mail and reply. Thus, one can easily say that Email has been nothing short of a boon for us.

“Email”, something which everyone is familiar with these days. Be it, teenagers or adults, everyone happens to have an email account. Email helps in easy communication amongst friends. It also serves the business purpose of telling the employees of an important meeting or sending important projects. Many websites are using Emails to increase their popularity and reach the targeted audience. Thus, it's not wrong to know a bit about the person who made communication easier and more convenient for us.

The invention of email made it easy for all of us to communicate with people who are far away from us. It also became a major medium for corporates to exchange data and information to a huge number of workers at a single click. The features like CC, BCC, attachments are something that we use on a daily basis while communicating with people on the other side. It also offers to attach various types of files, be it an image, audio, or pdf.

The origination of email goes back to 1978 New Jersey. An employee of the University of Medicine and Dentistry, Shiva Ayyaduari, wrote over 50,000 lines of code when he was working there.

He had also served as a particle physicist at Brookhaven National Labs. He was the first person to write a full-scale electronic emulation of the interoffice and an inter-organizational mailing system that consists of Inbox, Outbox, Folder, and many more other features. The exact date for the invention is 30th August 1982. On this day the US Government gave Shiva recognition for the invention of email.

Ray Tomlinson got initial credit for the invention of email. He was an American computer programmer who tried for the very first time to invent the email system on ARPANET in 1971.

The credit for implementing the “@” sign goes to Tomlinson. He first developed the TENEX Operating System. He wrote the file program for file transfer called CPYNET. Thanks to that, files could be transferred through the ARPANET network. But after his death, Shiva began his work on the email system and got it copyrighted as his software "Email."

Shiva Ayyaduari claimed that he invented features like To, From, CC, BCC, Subject, Body, Attachments. Tomlinson argues with this fact, as he says many of these CC, From, BCC were his inventions. Shiva's vision was to invent something that everyone could use, from a secretary to a CEO for reliable sending and receiving of digital messages.

Around 2001, customers including American Express, Kmart, and Calvin Klein started using Email as a method of communication. Because of them, Emails' popularity increased all over the world. The main website of EchoMail states that the "inventor of Email" is Ayyaduari.

After this invention, the Council of Scientific and Industrial Research, India's largest science agency, hired Shiva which was a great honor. Samir K. Brahmachari directed the institution. Shiva spent months working on a business plan for the Council of Scientific and Industrial Research Tech. Sadly, he did not receive any response from the Director, Samir K. Brahmachari. In the end, his job offer was withdrawn within 5 months of him being offered the position in the first place.

November 2011, TimeTechland interview by Doug Aamoth entitled him as "The Man Who Invented Email." In that interview, Ayyaduari recalled that Les Michelson, former particle scientist at Brookhaven National Labs assigned Ayyaduari the project. He recalled that Michelson said "Your job is to convert that into an electronic format. Nobody's done that before.” And indeed, he was capable of doing it.

Beyond all this Shiva holds four degrees from MIT, he is a Full Bright Scholar, MIT-Lemelson Award Finalist and Westinghouse Science Talent Search Honours Award recipient and is still working as both an inventor and system scientist across a huge range of media, medicine, art, and technology. He also started the Innovation Corps for supporting the youth.

Despite all the controversies surrounding email history, it can be openly seen that Ayyaduari holds an important part in it. He did the unthinkable without the fear of failing. Reading his story, one can't help but think that if one sets his mind to something nothing can stop him. His achievements and hard work is an inspiring story for youths all over the world. People should look up to him and learn that nothing is impossible and that hard work along with having belief in yourself are the two most important things for being successful in life. 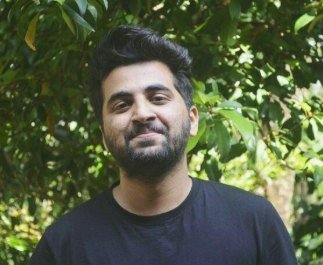 Aditya works as a Growth Assistant at AirTract.Com. It's a social platform wherein people ask questions, read and write articles, share knowledge and experience. He has a Bachelor’s Degree in Computer Science Engineering. Aditya has been working in the field of Digital Marketing for the past two years. He is also a voracious reader and a big sports fan.

How to turn contacts into subscribers

Why Transactional Emails are a Missed Marketing Opportunity

Tens of thousands of companies around the world already send their emails with Elastic Email. Join them and discover your own email superpowers.

No credit card required
🍪 Cookie Preferences
Elastic Email uses cookies to determine your access privileges on our website, to complete and support a current activity and to track website usage to provide you with the best experience possible. By continuing to use our site, you agree to our Cookie Policy. Read more
Accept All Customize Use Necessary Only
Manage consent

This website uses cookies to improve your experience while you navigate through the website. Out of these cookies, the cookies that are categorized as necessary are stored on your browser as they are essential for the working of basic functionalities of the website. We also use third-party cookies that help us analyze and understand how you use this website. These cookies will be stored in your browser only with your consent. You also have the option to opt-out of these cookies. But opting out of some of these cookies may have an effect on your browsing experience.
Necessary Always Enabled
Necessary cookies are absolutely essential for the website to function properly. These cookies ensure basic functionalities and security features of the website, anonymously.
Functional
Functional cookies help to perform certain functionalities like sharing the content of the website on social media platforms, collect feedbacks, and other third-party features.
Performance
Performance cookies are used to understand and analyze the key performance indexes of the website which helps in delivering a better user experience for the visitors.
Tracking
Tracking cookies are used to understand how visitors interact with the website. These cookies help provide information on metrics the number of visitors, bounce rate, traffic source, etc.
Others
Other uncategorized cookies are those that are being analyzed and have not been classified into a category as yet.
Marketing
Marketing cookies are used to provide visitors with relevant ads and marketing campaigns. These cookies track visitors across websites and collect information to provide customized ads.
Save & Accept
Powered by